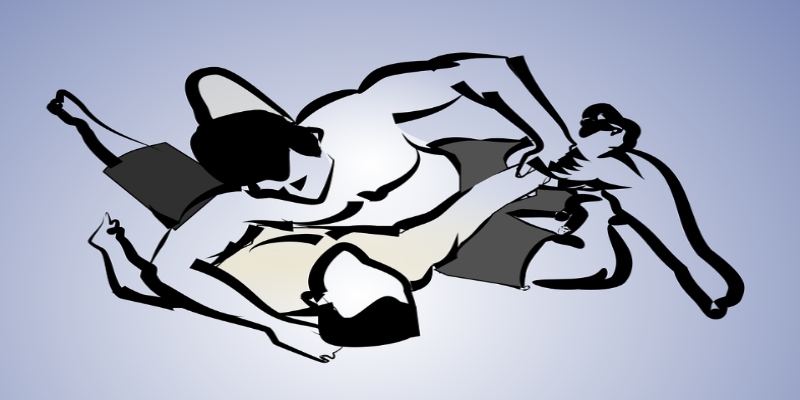 What is storytelling? We know it as a way to convey events into images, sounds, and words often by embellishment or improvisation. Stories have been a part of every human history and culture. It is a means of education, entertainment, preservation of traditions, and instilling morals in the next generation. Characters, plot, and narration are vital elements of storytelling.

When it comes to professional wrestling, without a story it is merely two men rolling withing a ring. But with it, wresting becomes a form of art, poetry in movement. Similar to any other medium like movies or music it paints an impactful image which is remembered for decades. Several factors must combine to successfully convey as story. Video packages, production, promos, commentary, and the wresting all come together here to form a tale.

The wrestling itself tells the main story which is narrated through the commentary. Promos are helpful in making it more understandable. While video packages serve as a retrospective to everything that has happened already. It is essential to understand the depth of emotion involved in each of these elements. Emotions are what connect the wrestlers to fans and make them fans for life. If you strip it to the core, wrestling is simply a timeless struggle that transcends cultural, linguistic, and political barriers. It is the age-old battle between good and evil.

WWE has been at the top of the wrestling scenario since Vince McMahon came up with a vision. He dreamed of breaking the boundaries of local areas and create a promotion of megalithic proportions. It was meant to course through not just U.S. but the whole world.

For this to happen he required a huge event akin to a Super Bowl, but for wrestling. An event that could unify all fans of the sport and gather for a single night. There they could view the mix of theatrics and athleticism which was so appealing to them. The event which was born from this concept was WrestleMania.

The stage is more dazzling, the pyro is breathtaking, and instead of arenas the event is hosted in stadiums. The quality of production has a huge part in setting WWE above all others. Without these elements the event would just be wrestling ring with nothing much to attract the audience. At wwebelt.com we also play a huge part satisfying the need of wrestling fans. Our bestselling items are irresistible and worth buying.

Shawn Michaels challenged the unbeatable record of Undertaker at the twenty-fifth WrestleMania. Michaels in considered the greatest performer of wrestling history while Undertaker was one with the greatest winning streak. The anticipation associated with their collision in-ring was magnified by the video package produced for the event.

The video package told the whole story through the perspective of good vs evil. It related how Michaels battled demons in his past. And then moved on to becoming the first ballot on the Hall of Fame he is. The tale of Undertaker was interspersed within it about being an undefeatable force to be reckoned with.

Without commentary wrestling would be more like a silent film. Awe-inspiring wrestling matches might occur without it, just like amazing movies exist without sound. But the final result would surely not be as spectacular after its removal.

Jim Ross is one of the greatest commentating voices behind wrestling. his commentary gives any match an increased importance. Fans are drawn into the story because of the way Ross paints pictures with his words. Commentary etches each moment of match into the spectators’ minds making them immortal.

Promotions are considered the most important part of storytelling. The video packages would not exist without them. There would be almost no story to tell, and even little to generate hype.

The famous feud between Cena and Rock before the 27th WrestleMania is the example of crowd fueling promos. They went above and beyond to create a huge presence on social media. Promos often also include merchandise which is sought after with passion by wrestling lovers. Fans can even buy TNA Championship Belts online from our website to add to their collection.

The twenty eighth WrestleMania was not simply a wrestling match, it was the end of an era. It was the event where Triple H, Undertaker and Shawn Michaels wove one of the greatest stories ever told. The battle royal lasted almost an hour. The Undertaker’s reign was crumbling, while Triple H was determined to be the last man standing triumphant. And lastly there was Shawn Michaels, who had the power to tip the scales either way.

The match was proof of how every wrestling move has a story to tell. Similar to an artist, wrestlers can also convey a thousand words. Every stance, every gesture means something and creates a grand poem within the wrestling ring.

Can We Create Customize Folding Boxes?

10 Best Highest Paying Information Technology Degrees You Can Get Online